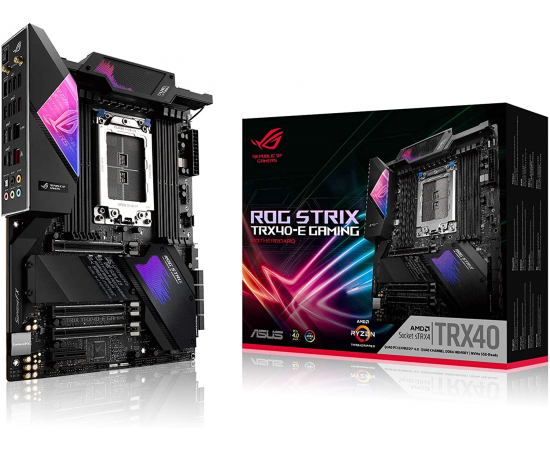 ROG Strix TRX40-E Gaming blends stunning gaming aesthetics with high-end desktop performance for do-it-all builds for users that like to work hard and play hard. A variety of design touches show off its cyberpunk origins, including a translucent I/O shroud glows under Aura lighting and a striking rainfall pattern on the VRM & chipset heatsinks. When it comes to performance, ROG Strix TRX40-E Gaming delivers with a wealth of ultrafast connectivity options, including three PCIe 4.0 M.2 slots, the latest 2.5G Ethernet and Wi-Fi 6 networking, and eight USB 3.2 Gen 2 ports.