A protocol is a set of rules that governs the communications between computers on a network. In order for two computers to talk to each other, they must be speaking the same language. Many different types of network protocols and standards are required to ensure that your computer (no matter which operating system, network card, or application you are using) can communicate with another computer located on the next desk or half-way around the world. The OSI (Open Systems Interconnection) Reference Model defines seven layers of networking protocols. The complexity of these layers is beyond the scope of this tutorial; however, they can be simplified into four layers to help identify some of the protocols with which you should be familiar (see fig 1). 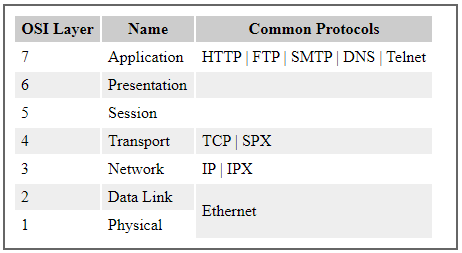 Figure 1 illustrates how some of the major protocols would correlate to the OSI model in order to communicate via the Internet. In this model, there are four layers, including:

Assuming you want to send an e-mail message to someone in Italy, we will examine the layers "from the bottom up" -- beginning with Ethernet (physical/data link layers).

The physical layer of the network focuses on hardware elements, such as cables, repeaters, and network interface cards. By far the most common protocol used at the physical layer is Ethernet. For example, an Ethernet network (such as 10BaseT or 100BaseTX) specifies the type of cables that can be used, the optimal topology (star vs. bus, etc.), the maximum length of cables, etc. (See the Cabling section for more information on Ethernet standards related to the physical layer).

The data link layer of the network addresses the way that data packets are sent from one node to another. Ethernet uses an access method called CSMA/CD (Carrier Sense Multiple Access/Collision Detection). This is a system where each computer listens to the cable before sending anything through the network. If the network is clear, the computer will transmit. If some other node is already transmitting on the cable, the computer will wait and try again when the line is clear. Sometimes, two computers attempt to transmit at the same instant. When this happens a collision occurs. Each computer then backs off and waits a random amount of time before attempting to retransmit. With this access method, it is normal to have collisions. However, the delay caused by collisions and retransmitting is very small and does not normally effect the speed of transmission on the network.

The original Ethernet standard was developed in 1983 and had a maximum speed of 10 Mbps (phenomenal at the time) over coaxial cable. The Ethernet protocol allows for bus, star, or tree topologies, depending on the type of cables used and other factors. This heavy coaxial cabling was expensive to purchase, install, and maintain, and very difficult to retrofit into existing facilities.

The current standards are now built around the use of twisted pair wire. Common twisted pair standards are 10BaseT, 100BaseT, and 1000BaseT. The number (10, 100, 1000) ands for the speed of transmission (10/100/1000 megabits per second); the "Base" stands for "baseband" meaning it has full control of the wire on a single frequency; and the "T" stands for "twisted pair" cable. Fiber cable can also be used at this level in 10BaseFL.

Gigabit Ethernet standard is a protocol that has a transmission speed of 1 Gbps (1000 Mbps). It can be used with both fiber optic cabling and copper. (see the Cabling section for more information).

Several very popular network protocols, commonly used in the 90's and early 21st century have now largely fallen into disuse. While you may hear terms from time to time, such as "Localtalk" (Apple) or "Token Ring" (IBM), you will rarely find these systems still in operation. Although they played an important role in the evolution of networking, their performance and capacity limitations have relegated them to the past, in the wake of the standardization of Ethernet driven by the success of the Internet.

The network layer is in charge of routing network messages (data) from one computer to another. The common protocols at this layer are IP (which is paired with TCP at the transport layer for Internet network) and IPX (which is paired with SPX at the transport layer for some older Macintosh, Linus, UNIX, Novell and Windows networks). Because of the growth in Internet-based networks, IP/TCP are becoming the leading protocols for most networks.

Every network device (such as network interface cards and printers) have a physical address called a MAC (Media Access Control) address. When you purchase a network card, the MAC address is fixed and cannot be changed. Networks using the IP and IPX protocols assign logical addresses (which are made up of the MAC address and the network address) to the devices on the network, This can all become quite complex -- suffice it to say that the network layer takes care of assigning the correct addresses (via IP or IPX) and then uses routers to send the data packets to other networks.

The transport layer is concerned with efficient and reliable transportation of the data packets from one network to another. In most cases, a document, e-mail message or other piece of information is not sent as one unit. Instead, it is broken into small data packets, each with header information that identifies its correct sequence and document.

Several protocols overlap the session, presentation, and application layers of networks. There protocols listed below are a few of the more well-known: