3rd Generation Tensor Cores: Get up to 2X the throughput with structural sparsity and advanced AI algorithms such as DLSS. These cores deliver a massive boost in game performance and all-new AI capabilities.

Axial-tech fan design has been newly tuned with a reversed central fan direction for less turbulence.

2.7-slot design expands cooling surface area to make the most of the three powerful Axial-tech fans. 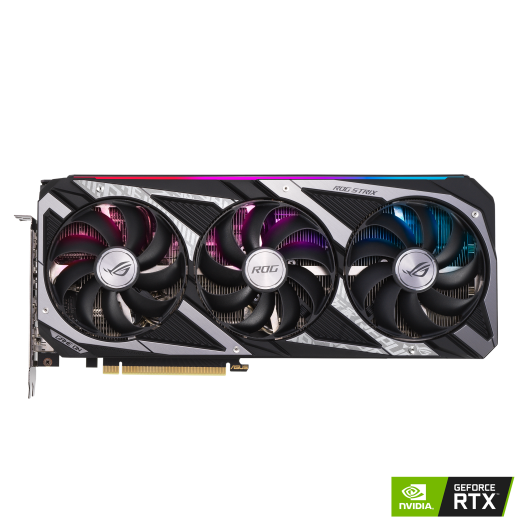 From top to bottom: The ROG Strix GeForce RTX 3050 is built to push the boundaries of performance. The new, more metallic design surrounds a variety of axial tech fans who will benefit from the new rotation pattern. Below the vane is a larger, more striking heatsink that can handle the most demanding heat loads. There are some new tricks in PCBs, with changes that improve performance even on the backboard. For gamers who want to get the most out of the NVIDIA Ampere architecture, the latest additions to the stable ROG Strix provide it in every way. 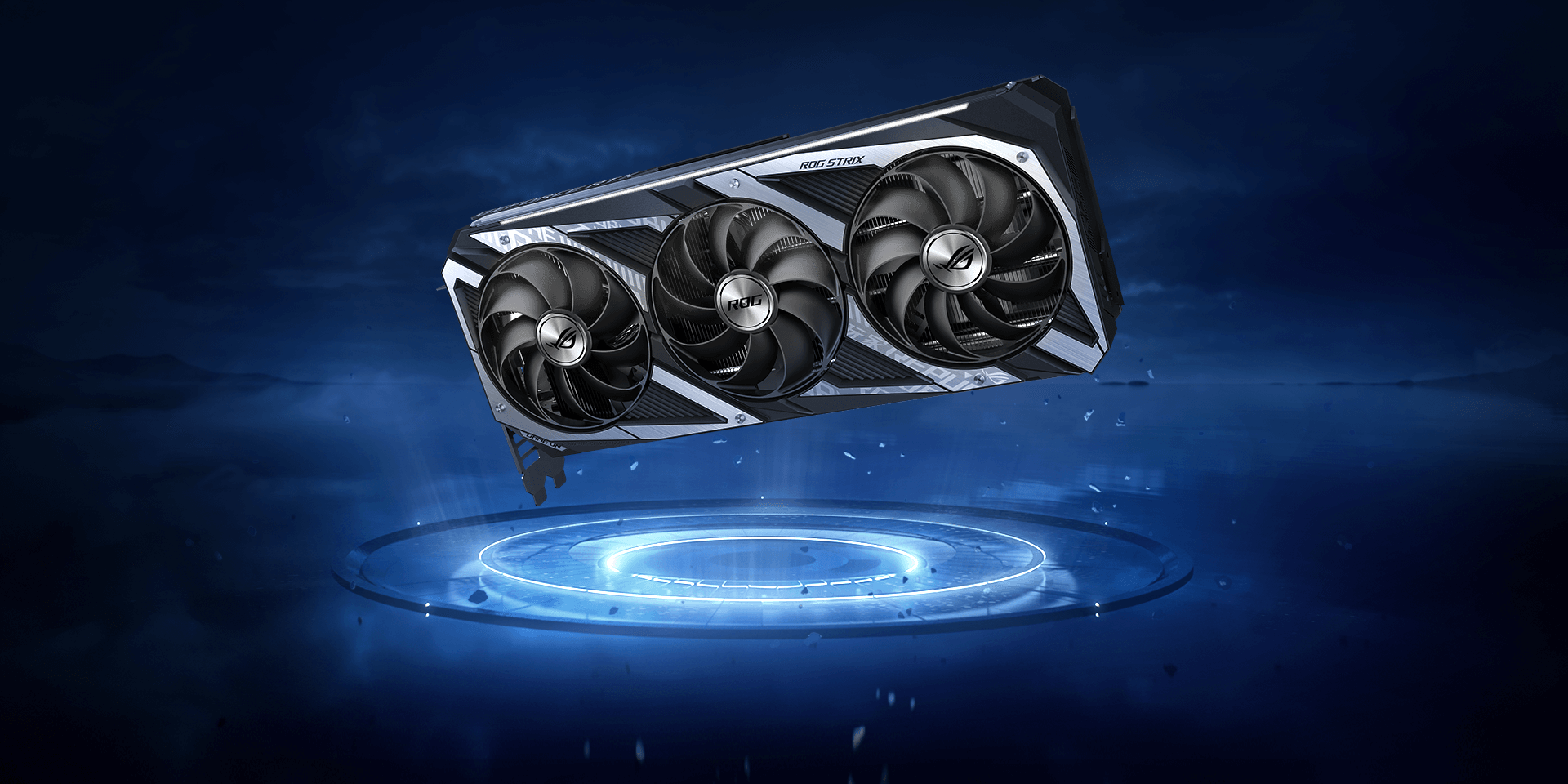 The three upgraded fans feature a small axle that allows for longer blades and a baffle ring that boosts downward air pressure. 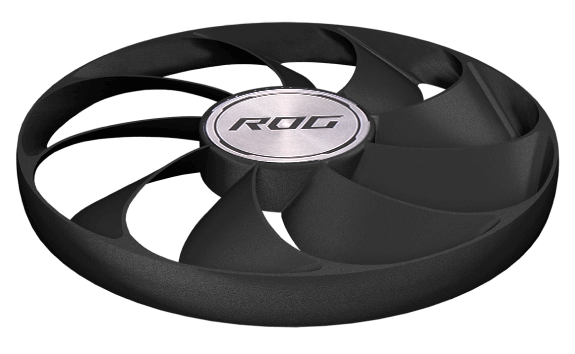 Two side fans rotate counterclockwise to reduce turbulence. Also, to eliminate unwanted noise, if the GPU temperature is below 42 degrees and the power consumption is low, all fans will be turned off in off mode.

Special care is required to take advantage of the new fan design to heat the inside of the mold and heatsink matrix. A manufacturing process that polishes the surface of the heat sink is used to improve smoothness at a microscopic level. The extra flatness improves contact with the mold and improves heat transfer. 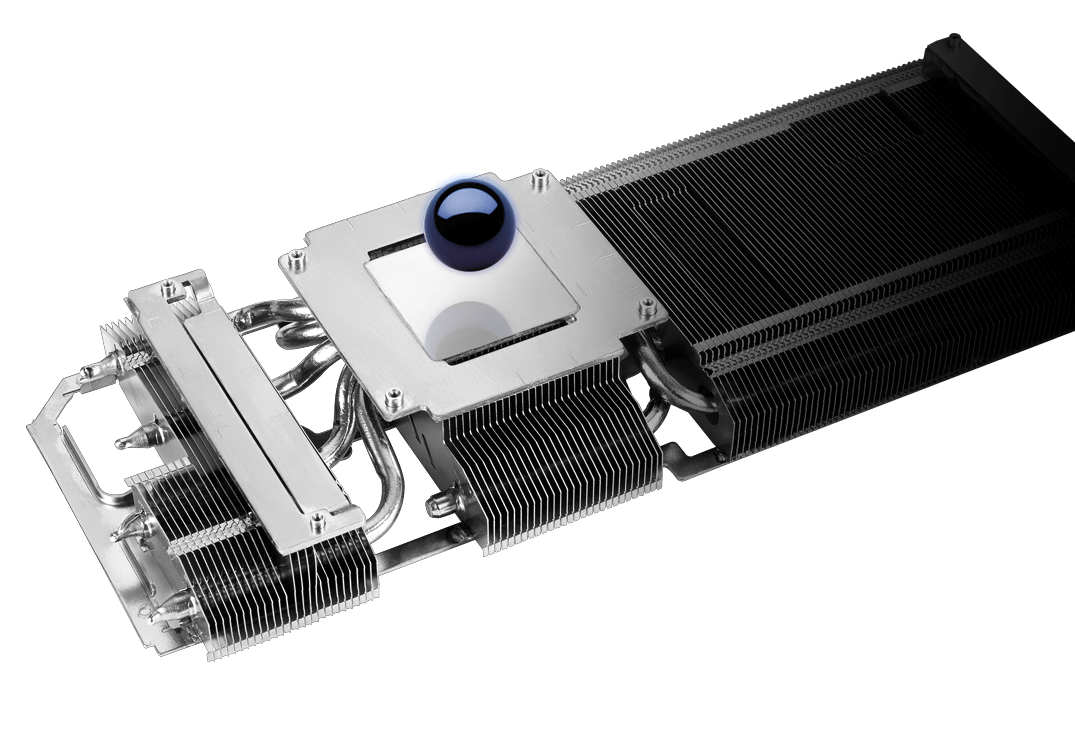 The thermal diffuser conducts heat to the heat pipe, which transfers heat through a set of fins that occupy most of the space of the large 2.7 slot card.

In addition to internal design changes, ROG Strix has a new look with metallic accents that reflect the design aesthetics of ROG and ROG Strix motherboards. The touch woven into the gray finish blends seamlessly into the delicate design, or when the card is placed vertically and illuminated by the LED on the case, it creates a stunning effect.

IT’S COOLER OUT BACK:

Turn the card over and see if the design is further improved. To improve heat dissipation, wide back panel vents and a short PCB allow hot air to escape to the chassis exhaust fan instead of returning to the heatsink. The I / O brackets are made of stainless steel to protect the ports and provide a safer mounting. A convenient location with dual BIOS switches allows you to quickly switch between performance mode and silent mode to basically fine-tune the card's default behavior without software. In addition, the ROG logo with addressable RGB lighting adds more flare.